A Conversation on Children's Literature with Lane Smith and Bob Shea 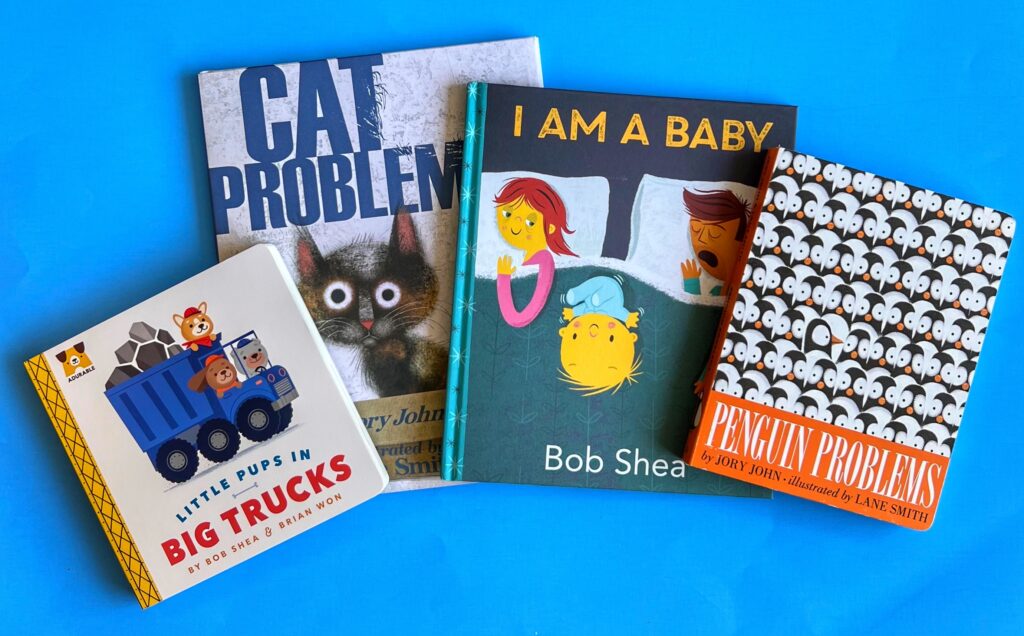 Join Lane Smith and Bob Shea, celebrated authors and illustrators of bestselling picture books, for an enlightening and likely entertaining discussion on children’s literature and a book signing at the

Join Lane Smith and Bob Shea, celebrated authors and illustrators of bestselling picture books, for an enlightening and likely entertaining discussion on children’s literature and a book signing at the Hickory Stick Bookshop in Washington, CT on Saturday, August 6th at 3 PM.

Lane Smith has received the Lifetime Achievement award from the Society of Illustrators and has been honored by the Eric Carle Museum for “lifelong innovation in the field of children’s books.” He is the author and illustrator of the New York Times bestseller IT’S A BOOK which has been translated into over twenty-five languages. He is also the author and illustrator of GRANDPA GREEN, which was a 2012 Caldecott Honor book and THERE IS A TRIBE OF KIDS, which won the Kate Greenaway medal in 2017. His titles with Jon Scieszka include the Caldecott Honor winner THE STINKY CHEESE MAN and THE TRUE STORY OF THE THREE LITTLE PIGS, both ranked among the 100 best all-time picture books by TIME magazine. Smith’s books have been New York Times Best Illustrated Books on five occasions. He lives in Litchfield County, Connecticut.

Bob Shea is an award-winning author and illustrator. His previous titles include the popular BALLET CAT series, THE DINOSAUR VS. … series and UNICORN THINKS HE’S PRETTY GREAT. Shea has worked with Comedy Central, was the designer of the PBS Kids logo, developed an on-air character for Playhouse Disney, has worked with Nick Jr., and has appeared on Noggin and The Sunny Side Up Show. One of his books is currently in development for television at Dreamworks. He resides in Madison, Connecticut.

This event is free and open to the public. If you are unable to attend this event, you may reserve signed copies of Smith’s and Shea’s books by calling The Hickory Stick Bookshop at (860) 868 – 0525. Shop our website 24/7 at hickorystickbookshop.com.