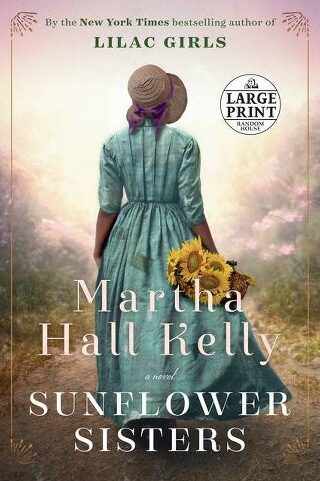 New York Times bestselling author Martha Hall Kelly tells the stunning story of Georgeanna Woolsey, a union nurse during the Civil War and ancestor to Lilac Girl’s Caroline Ferriday, in her final novel about the remarkable Ferriday and Woolsey women and how her calling leads her to cross paths with Jemma, a young enslaved girl who is sold off and conscripted into the army. Inspired by true accounts, Sunflower Sisters provides a vivid, detailed look at the Civil War experience, from the barbaric and inhumane plantations, to a war-torn New York City, to the horrors of the battlefield. It’s a sweeping story of women caught in a country on the brink of collapse, in a society grappling with nationalism and unthinkable racial cruelty, a story still so relevant today.

A native New Englander, Martha Hall Kelly is the NYT Bestselling author of Lilac Girls and Lost Roses. Her historical fiction stories of loss and love are remarkably relevant to today’s world of turmoil.

Joseph Montebello is a freelance writer. He is a longtime contributor to Litchfield Magazine and has written for The Litchfield County Times, Berkshire Style, Bedford Magazine, Rural Intelligence, Main Street, and AARP Magazine.. He has also written many profiles on people in the arts, including Dani Shapiro, Frank Delaney, Roxanna Robinson, Agnes Gund, Ann Leary, and Christine Baranski. He is the former Vice-President & Creative Director at HarperCollins Publishers, where he also had an imprint called HarperStyle.

Signed copies of Sunflower Sisters are available from The Hickory Stick Bookshop or call 860-868-0525.

Register for this virtual event here