Conversations on the Green "The Soul of America: History's Lessons in Hope"

25oct3:00 pmFeaturedConversations on the Green "The Soul of America: History's Lessons in Hope"VIRTUAL EVENT3:00 pm 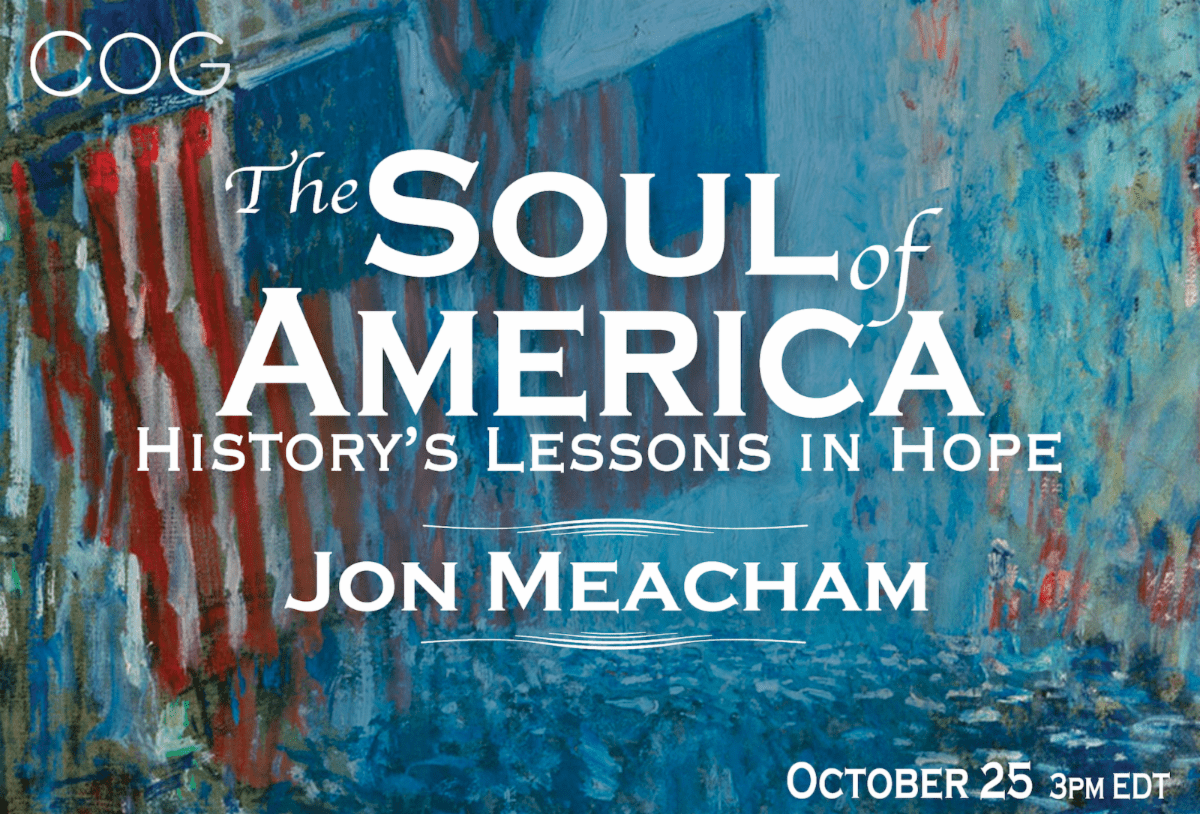 Register now! Once, as Ronald Reagan famously said, America was seen as a shining city on a hill, a beacon of opportunity that inspired its own

Once, as Ronald Reagan famously said, America was seen as a shining city on a hill, a beacon of opportunity that inspired its own citizenry and served as a model for democracy that illuminated the world.

Now that once preeminent standing is under siege, mired in an unprecedented confluence of multiple crises that are ravaging the nation and threatening the very notion of American exceptionalism.

A deadly pandemic that once again is spiraling out of control, the worst recession since the Great Depression and an inflection point in the tortured struggle for racial equality are hammering America’s spirit and pride in its own resilience.

The miasma, as oppressive as rancid smoke enveloping an election considered the most consequential in memory, is exacerbated by the simmering toxicity of living in a nation already riven by the most polarized political divide in modern history, a chasm devoid of a single elected leader who can lift Americans out of their malaise.

Stepping into the maelstrom is Jon Meacham, who has never run for office but who nonetheless has become one of the country’s most inspirational figures. Often called “the conscience of America,” he encourages us to summon our own ‘better angels’ and, through his surpassing knowledge of history, offers reassurance that America has weathered such storms before and once again can prevail over its current travails.

A Pulitzer Prize-winning writer and historian who has penned presidential biographies with heroic perspectives of leaders on both side of the political abyss, Meacham will be the sole guest for an October 25, eponymously titled event “The Soul of America: History’s Lessons In Hope” the finale of the eighth season of “Conversations On the Green.”

This interactive symposium, which begins at 3PM EDT on October 25th and runs 90 minutes, will be live streamed, allowing anyone with an internet-connected device to participate and ask questions.

On the day of the event, we’ll send you a link and a unique password to a private Vimeo channel that allows us to live stream our programs safely.
Questions for our panelists may be submitted:
In advance during registration
Via the chat box during the live stream
Call in during the live show (860) 275-7266