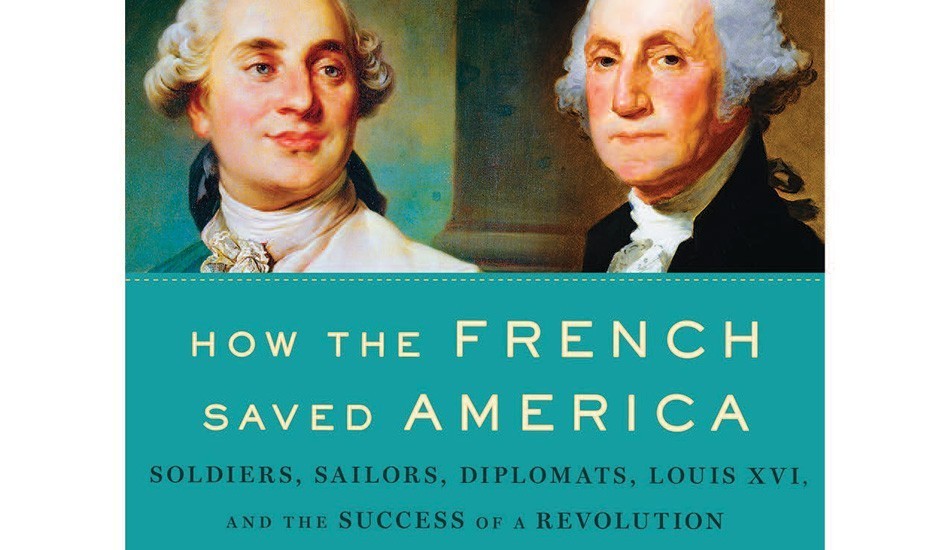 Author, Filmmaker, and Educator, Tom Shachtman, will offer a visual presentation followed by a signing of his recently published book, How the French Saved America: Soldiers, Sailors Diplomats, Luis XVI

Author, Filmmaker, and Educator, Tom Shachtman, will offer a visual presentation followed by a signing of his recently published book, How the French Saved America: Soldiers, Sailors Diplomats, Luis XVI and the Success of a Revolution.

Americans today have a love/hate relationship with France, but in this illuminating new history, Tom Shachtman shows that without France, there might not be the United States of America. How the French Saved America is about French aid to Americans during the American Revolution.To the rebelling colonies, French assistance made the difference between looming defeat and eventual triumph. Even before the Declaration of Independence was issued, King Louis XVI and French foreign minister Vergennes were aiding the rebels. After the Declaration, that assistance broadened to include wages for our troops; guns, cannon, and ammunition; engineering expertise that enabled victories and prevented defeats; diplomatic recognition; safe havens for privateers; battlefield leadership by veteran officers; and the army and fleet that made possible the Franco-American victory at Yorktown. This illuminating narrative history vividly captures the individual characters of our European brothers, their battlefield and diplomatic bonds and clashes with Americans, and the monumental role they played in America’s fight for independence and democracy.

Tom Shachtman has written or co-authored more than thirty books, as well as documentaries for ABC, CBS, NBC, PBS, and BBC, and has taught at New York University and lectured at Harvard and Stanford. He is a former chairman of The Writers Room in Manhattan, a trustee of the Connecticut Humanities Council, a founding director of the Upper Housatonic Valley National Heritage Area. He was named one of The Most Influential People in Litchfield County and is currently a consultant to the Alfred P. Sloan Foundation’s science and technology initiatives.

Hickory Stick Bookstore will provide books for sale and signing.