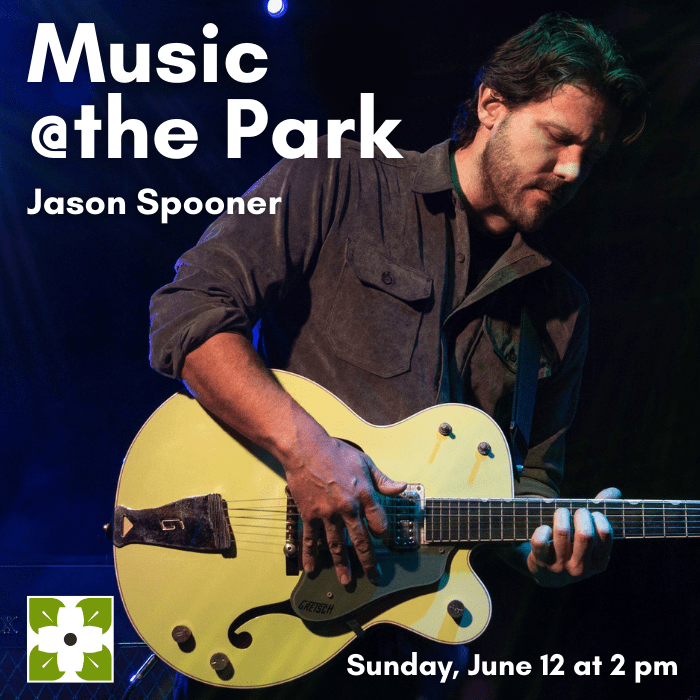 We are delighted to host contemporary musician Jason Spooner and his band for a concert on Sunday, June 12th from 2 to 5 pm, sponsored by Ericson Insurance Advisors. Spooner

We are delighted to host contemporary musician Jason Spooner and his band for a concert on Sunday, June 12th from 2 to 5 pm, sponsored by Ericson Insurance Advisors. Spooner is a Maine-based singer/songwriter who grew up right here in Washington.

“While I have made my home on the shores of the Atlantic in Portland, Maine for the last couple of decades, the Litchfield Hills and surrounding woodland, farms, rivers and trails in and around Washington will always represent “home” for me—literally and spiritually. I consider it the land where my interest in music and songwriting first took root,” Spooner mused about his early interest in music while growing up in Northwest Connecticut. “There is a palpable magical creative energy in those Berkshire foothills and river valleys that works its way into your soul if you let it. I certainly first heard the calling there as a child and have followed the path ever since.”

Spooner has been a visible and respected presence on the northeastern and national live music circuits for close to two decades. As the bandleader of The Jason Spooner Band (Dan Boyden – Drums, Stu Mahan – Bass and Dawson Hill – Keyboards), Spooner has expanded his musical horizons significantly over the course of five studio releases. The quartet stands out with an interesting signature sound that appeals to a wide range of audiences… seamlessly blending a variety of musical influences into a cohesive, energetic and listenable experience. Roots Rock, Americana, blues, folk and groove-oriented jazz with undercurrents of reggae and soul are all accounted for here and supported by audibly strong musicianship, interesting arrangements and well-crafted, intelligent writing.

This concert is free and open to the public. We invite the community to join us for what we know will be a spectacular musical event!