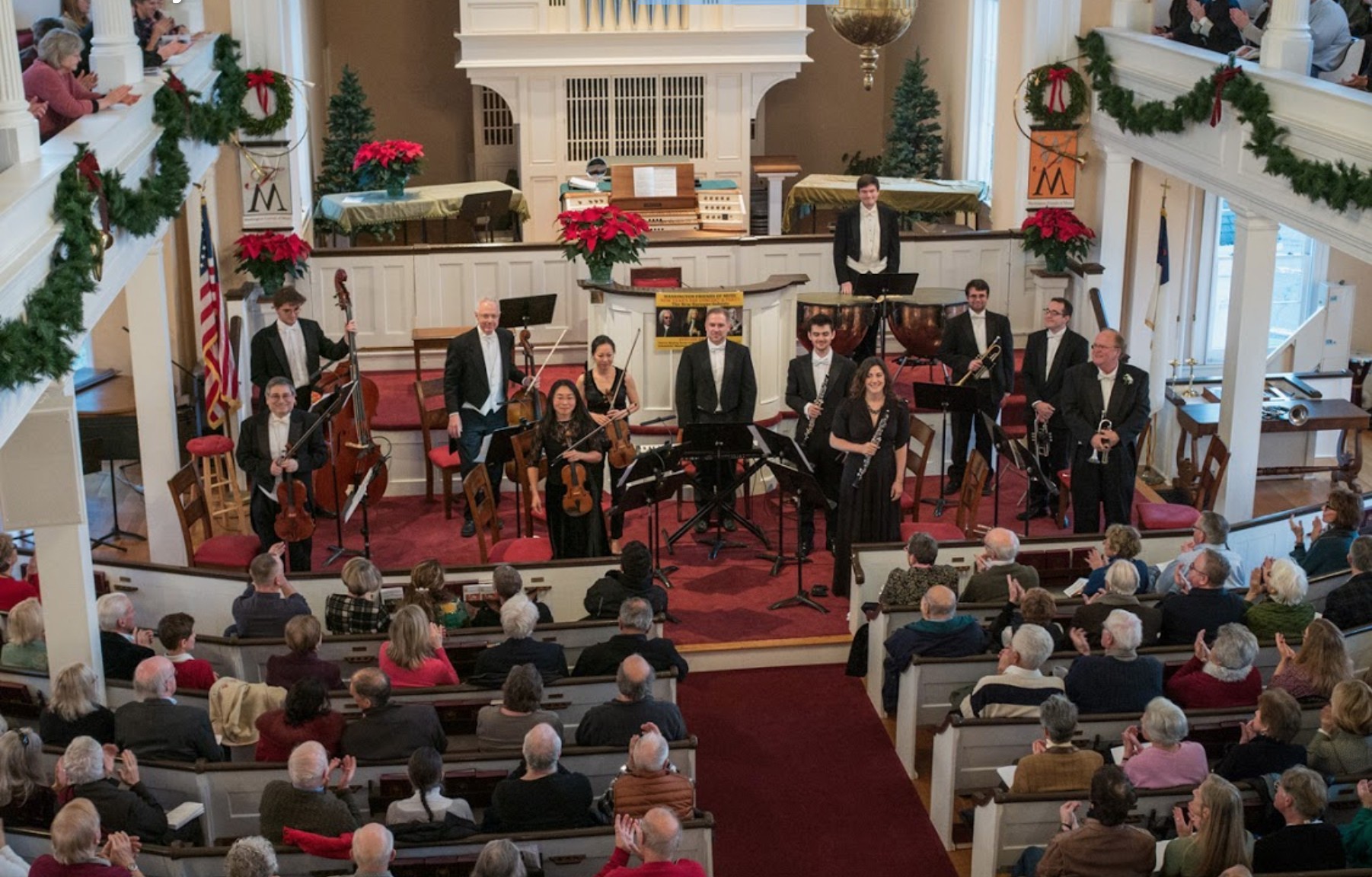 The New Baroque Soloists Orchestra will be welcoming the New Year with trumpets, oboes, organ, strings, and timpani. The twelve-member orchestra is comprised of outstanding solo musicians and members of orchestras in New York, Connecticut and Boston.

The celebratory concert is studded with many popular pieces, several of which are arranged by Artistic Director Douglas Myers who also plays trumpet and horn. ­­­

The uplifting program includes highlights from “Water Music” by Georg Friedrich Handel, Four Seasons’ “Winter” by Antonio Vivaldi and the finale, a piece from Bach’s third Brandenburg Concerto. The concert opens with “Overture for a Celebration” by Johann Sebastian Bach.

Two highly-regarded members of the Metropolitan Opera orchestra will be performing solo pieces. Vincent Lionti is playing a concerto for solo viola by Georg Philipp Telemann. Cellist Samuel Magill will perform “Largo” from “Sonata for Violoncello” by Henry Eccles.

One of New York’s most sought after violinists, Yuko Naito-Gotay, will play “Largo” from “Winter” by Vivaldi’s Four Seasons. After graduating from the prestigious Curtis Institute of Music in Philadelphia, she earned advanced degrees from Yale University and the Manhattan School of Music.

New to the orchestra are Mikio Sasaki and Glenn Rhian. Mikio Sasaki earned his degree in trumpet at Juilliard School and Yale School of Music. He began playing trumpet at age 7, studying with his father, Ray Sasaki. He has performed with the Saint Louis Brass Quintet, Broadway’s Matilda, Hudson Valley Philharmonic and as soloist with the Austin Symphony.

Timpanist Glenn Rhian is a graduate of the Juilliard School and the San Francisco Conservatory. He was winner of the “Morris Goldenberg Award.”

During the performance the musicians will share brief anecdotes on the composer, the instruments, and provide historical context in an entertaining fashion.

After the concert, the audience is invited to a festive party with the musicians and plenty of bubbly and delicious hors d’oeuvres.

This is the 8th year the New Baroque Soloists are performing in Washington. The recent Summer Concert Festival drew a record audience.

Admission includes the concert and the party – $30 in advance, $35 at the door. Children are admitted free. Tickets can be purchased online at washingtonct4music.blogspot.com, by phone 860.868.9174 as well as at Hickory Stick Bookshop in Washington and County Wine and Spirits in New Preston. Please note that the seating is limited. 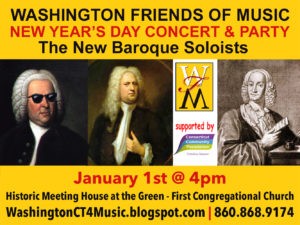