The History and Development of Hollister House Garden 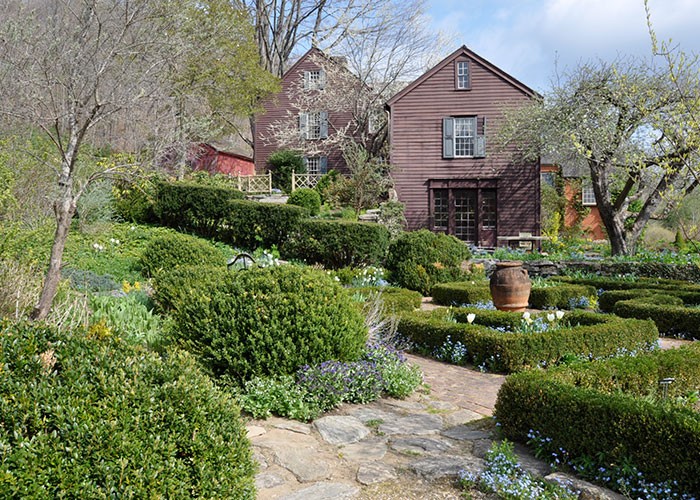 Join George Schoellkopf as he tells the story of how he started the garden at Hollister House over forty years ago and how he has shaped its growth through the intervening years. Old photographs show the garden at every stage of its development, as new sections were added and the original garden was improved and reimagined. George will illustrate how conditions in the garden have changed over the years, and how newly available hybrids and plant species offered the opportunity to create exciting new horticultural scenarios.

George Schoellkopf was born in 1942 in Dallas, Texas, where he battled as a child against the harsh Texas climate to make his first garden. He was educated in Connecticut at The Hotchkiss School and at Yale University. He also holds a master’s degree in Art History from Columbia University in New York City, where for many years he ran a gallery specializing in 18th and 19th century American antiques and folk art and was thus only able to garden on weekends. He now divides his time between Hollister House and Santa Barbara, CA. George has written articles on gardening in Town & Country, House & Garden, House Beautiful, Fine Gardening and Rosemary Verey’s The American Man’s Garden. George is a member of the Board of Directors of the Santa Barbara Museum of Art and Lotusland in Santa Barbara, California and an honorary member of the Washington, CT, Garden Club.

Advance reservation is suggested. Hollister House will follow all state and local guidelines for Covid-19 at our events.