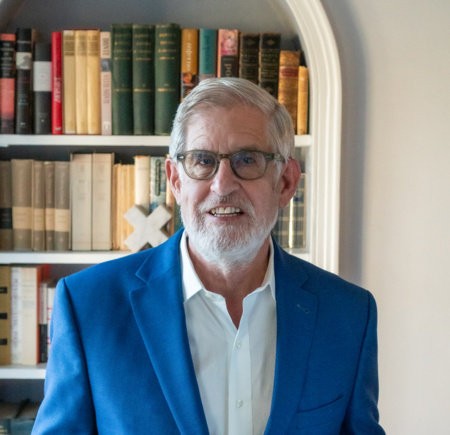 The Gunn Memorial Library and the Hickory Stick Bookshop are pleased to welcome author Jonathan Galassi to discuss his latest book School Days in conversation with Joseph Montebello, a long

The Gunn Memorial Library and the Hickory Stick Bookshop are pleased to welcome author Jonathan Galassi to discuss his latest book School Days in conversation with Joseph Montebello, a long time freelance writer for the Litchfield County Times.

Galassi’s new book lifts the cover on the dynamics of a 1960s private school in Connecticut and reveals a world of privilege and scholarship on the brink of revolution. Galassi weaves a story that poses fundamental questions about love and sex, friendship and rivalry, desire and power, and the age-old dance of benevolence and attraction between teacher and student. In this coming-of-age tale that navigates homosexual crushes and the politics of an elite community, the mysterious behavior of a brilliant classics teacher fascinates his students until charges against him begin to emerge.

Jonathan Galassi is the president of Farrar, Straus and Giroux. He is a former poetry editor for the Paris Review, a former chairman of the Academy of American Poets, and the recipient of a Guggenheim fellowship for poetry. His poems and essays have appeared in The New Yorker, New York Review of Books, Threepenny Review, and The Nation. He has published three books of poetry and translations of the poetry of Eugenio Montale, Giacomo Leopardi, and Primo Levi. His first novel, Muse, was published in 2015.

Joseph Montebello is a freelance writer and longtime contributor to Litchfield Magazine and has written for The Litchfield County Times, Berkshire Style, Bedford Magazine, Rural Intelligence, Main Street, and AARP Magazine. He writes on many different subjects including design and architecture. He has also written many profiles on people in the arts, including Dani Shapiro, Frank Delaney, Roxanna Robinson, Agnes Gund, Ann Leary, Laurie Simmons, Marsha Mason, Peter Gallagher, and Christine Baranski. For several years he was host of the book show “Between the Covers” on WAPJ in Torrington and on WVOX in New Rochelle. He moderates author conversations at local libraries He is the former Vice-President & Creative Director at HarperCollins Publishers, where he also had an imprint called HarperStyle. There he published books by Annie Leibovitz, Carolyne Roehm, Fleur Cowles, and Vicente Wolf, among others.