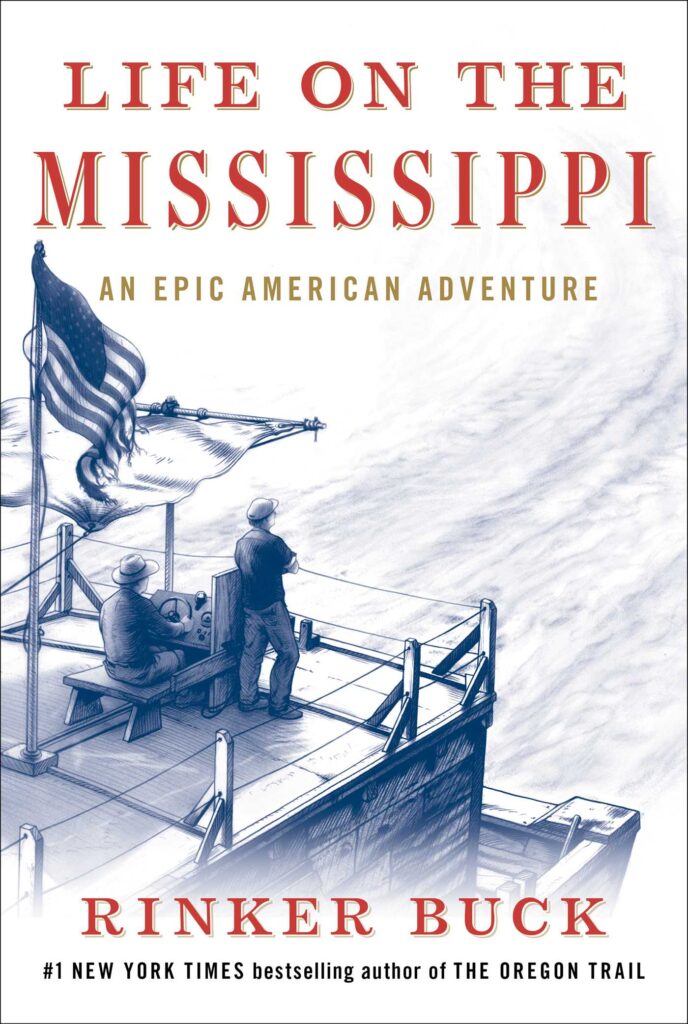 Seven years ago, Buck’s infectious curiosity about history launched him across the West in a covered wagon pulled by mules and propelled his book about the trip, THE OREGON TRAIL, to ten weeks on the New York Times bestseller list. Now, Buck returns to chronicle his latest incredible adventure: building a wooden flatboat from the bygone era of the early 1800s and journeying down the Mississippi River to New Orleans.

A modern-day Huck Finn, Buck casts off down the river on the flatboat Patience accompanied by an eccentric crew of daring shipmates. Over the course of his voyage, Buck steers his fragile wooden craft through narrow channels dominated by massive cargo barges, rescues his first mate gone overboard, sails blindly through fog, breaks his ribs not once but twice, and camps every night on sandbars, remote islands, and steep levees. As he charts his own journey, he also delivers a richly satisfying work of history that brings to life a lost era.

Rinker Buck began his career in journalism at the Berkshire Eagle and was a longtime staff writer for the Hartford Courant. He has written for Vanity Fair, New York, Life, and many other publications, and his work has won the PEN New England Award, the Eugene S. Pulliam National Journalism Writing Award, and the Society of Professional Journalists Sigma Delta Chi Award. He is the New York Times bestselling author of THE OREGON TRAIL, FLIGHT OF THE PASSAGE, and FIRST JOB. Formerly a resident of Northwest Connecticut, Rinker currently lives in Tennessee.

This event is free and open to the public. If you are unable to attend this event, you may reserve signed copies of Buck’s books by calling The Hickory Stick Bookshop at (860) 868 – 0525. Shop our website 24/7 at hickorystickbookshop.com.