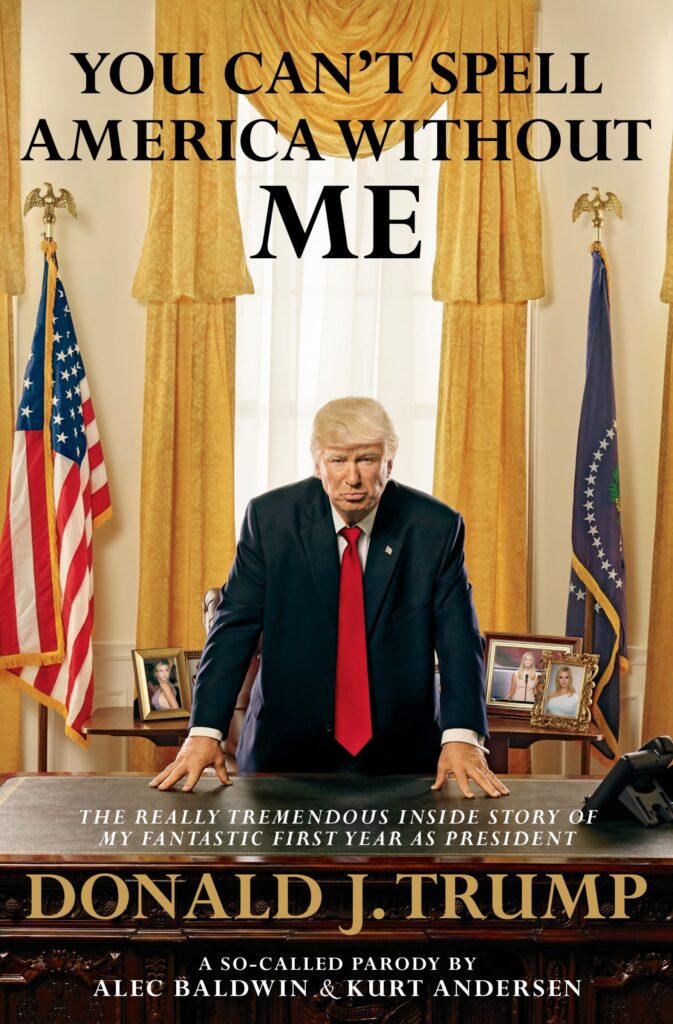 Gunn Memorial Library in Washington, CT is pleased to welcome New York Times bestselling author and political commentator, Kurt Andersen, for a talk and signing of two of his recently

Gunn Memorial Library in Washington, CT is pleased to welcome New York Times bestselling author and political commentator, Kurt Andersen, for a talk and signing of two of his recently published books, You Can’t Spell America Without Me: The Really Tremendous Inside Story of My Fantastic First Year as President Donald J. Trump (A So-Called Parody) and Fantasyland: How America Went Haywire: A 500-Year History.  David Owen, New Yorker writer, author and Washington CT resident will facilitate the conversation. This is sure to be an entertaining dialogue.

How did we get here? In this sweeping, eloquent history of America, Kurt Andersen shows that what’s happening in our country today—this post-factual, “fake news” moment we’re all living through—is not something new, but rather the ultimate expression of our national character. Fantasyland could not appear at a more perfect moment. If you want to understand Donald Trump and the culture of twenty-first-century America, if you want to know how the lines between reality and illusion have become dangerously blurred, you must read this book.

“This is an important book—the indispensable book—for understanding America in the age of Trump. It’s an eye-opening history filled with brilliant insights, a saga of how we were always susceptible to fantasy, from the Puritan fanatics to the talk-radio and Internet wackos who mix show business, hucksterism, and conspiracy theories. Even the parts you think you know already are put into an eye-opening context.”—Walter Isaacson

Until Donald Trump publishes the ultimate account of his entire four or eight or one-and-a-half years in the White House, the definitive chronicle will be You Can’t Spell America Without Me.  Trump was elected because he was the most frank presidential candidate in history, a man eager to tell the unvarnished truth about others’ flaws and tout his own amazing excellence. Now he levels his refreshingly compulsive, un-PC candor at his landslide election victory as well as his role as commander-in-chief and leader of the free world.

Books will be available for sale and signing at the event, thanks to Hickory Stick Bookstore.

David Owen has been a staff writer for The New Yorker since 1991. Before joining The New Yorker, he was a contributing editor at The Atlantic Monthly and, prior to that, a senior writer at Harper’s. He is also a contributing editor at both Golf Digest and Popular Mechanics. He is also the author of a dozen books, including his most recent Where the Water Goes: Life and Death along the Colorado River.  David was also an editor of The Harvard Lampoon.