History of the Shepaug Railroad 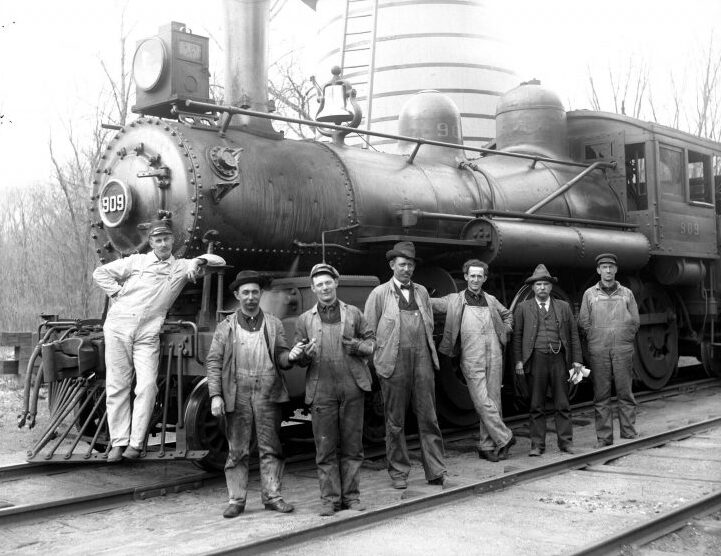 Guest Lecturer to Present the History of the Shepaug Railroad On Monday, March 21, 2022 at 6:30pm the Gunn Historical Museum in Washington, Connecticut will present the Zoom guest lecture, “The

Guest Lecturer to Present the History of the Shepaug Railroad

On Monday, March 21, 2022 at 6:30pm the Gunn Historical Museum in Washington, Connecticut will present the Zoom guest lecture, “The History of the Shepaug Railroad” with Col. Donald A. Woodworth, Jr., USAF (Ret.). The Danbury Railway Museum is a sponsor of the lecture. Registration is required to receive the Zoom link for this free virtual program. Visit the Gunn Museum’s registration page to sign up:

The Shepaug, Litchfield, and Northern Railroad was a short independent railroad that was chartered as the Shepaug Valley Railroad in 1868. The Shepaug Railroad was the brainchild of Edwin McNeill who envisioned an industrial corridor that would catalyze development and provide direct access to the county’s products. The line brought many local products to market, including ice from Bantam, granite from Roxbury, and milk from nearly every station, particularly Washington Depot, which the railroad transformed into a regional dairy center, as well as a country retreat for city-dwellers. The Shepaug Railroad ultimately operated as the Litchfield Division of the New York, New Haven and Hartford Railroad until being abandoned in 1948. Much of the line, which stretched from Hawleyville to Litchfield, remains in place as rail trails to this day, and the presentation will give hikers a new appreciation for the line that they traverse.

Don, formerly of Oxford, has resided in O’Fallon, IL since 1986, where he served as an air transportation officer with the Military Airlift Command at nearby Scott Air Force Base and where he remained following his retirement to work as a transportation and logistics consultant for the Northrop Grumman Corporation. Upon graduation from UConn in 1965, Don was commissioned as a second lieutenant in the USAF and served in many locations in the United States and overseas.  His career was book-ended by service in Vietnam and the First Gulf War but his most enjoyable tours of duty were spent in the United Kingdom. Don has a life-long interest in Connecticut railroads and has a special affection for the Shepaug.

This program is free and open to the public. Please call the Gunn Museum at 860-868-7756 or view www.gunnmuseum.org for more information.