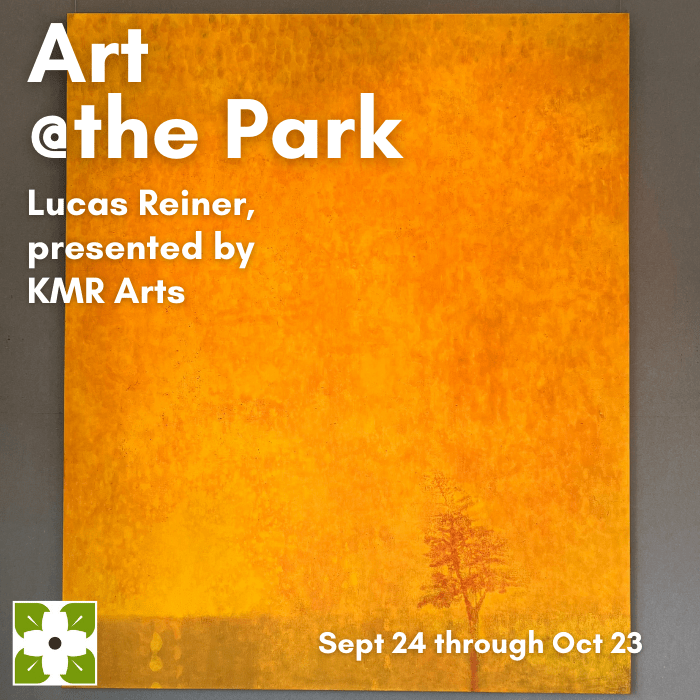 Join us for Lucas Reiner's "15 Stations" Exhibit, presented by KMR Arts at the Judy Black Memorial Park and Gardens, on display from September 24th through October 23rd. The show

Join us for Lucas Reiner’s “15 Stations” Exhibit, presented by KMR Arts at the Judy Black Memorial Park and Gardens, on display from September 24th through October 23rd. The show will highlight Reiner’s tree series, an evolution of work that began in his native Los Angeles. After relocating to Litchfield after the wildfires of 2020, Reiner found himself inspired by two trees on on the banks of a lake where he was.

The Fall – the season, as well as the biblical story –  is where Lucas Reiner’s trees belong. Lucas Reiner was originally commissioned to realize the stations of the Cross for Saint Augustine Episcopal Church in Washington, DC. Artists throughout history have contemplated and depicted the miracle of the dead tree of the cross becoming the tree of life, the life-giving tree. The stations paintings illuminate the human paradox that Reiner had been exploring for many years.

“These paintings connect with the withering of fall and the ascent of summer, the death of winter and the rebirth of spring, the hidden roots deep in the soil and the branches soaring high in the sky and, above all, the longing and the struggle for life in a hostile and often brutal environment.” – Rev. Paul Anel

“Painting is a covering and uncovering of a surface. If there is an ethic in my work, it is one that has occupied the thoughts of painters from the caves until the present. Namely, what is the relationship between the figure and the ground? For me, each painting is an exploration of a new way to address this paradox.” – Lucas Reiner