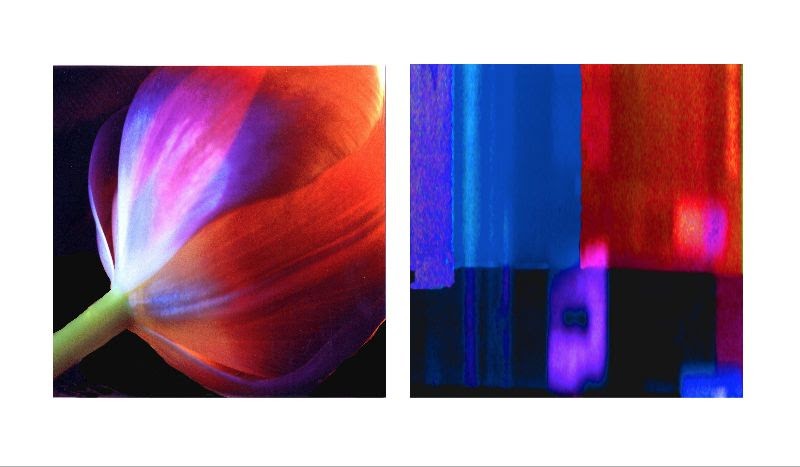 Castaways: December 7, 2019-January 11, 2020 on exhibit at the Judy Black Memorial Park and Gardens at One Green Hill.

Georganne Mennin is an artist who explores dualities, and juxtaposes seemingly disparate ideas in order to present a unique point of view.

Bicameral-originally a term used by a Princeton psychology professor to subdivide the brain into irrational and rational halves or —more plainly, pragmatic and creative halves. In Bicameral Studies, Mennin pairs an image of an abstract geometric form with a botanical image from the natural world. This combination brings together opposing qualities: hard with soft, angular with curved, natural with manmade. The colors within these pairings connect the two images, merging into one diptych. By creating dialogues between geometric abstractions and the perfection of the natural growing world these diptychs pose the open ended question— which is more rational by design and which is more expressive—without giving the viewer an answer.

Castaways is a result of Mennin’s quest to record the process of the milkweed bursting open, releasing its densely packed seeds with their wispy fibers that distribute the seeds into the wind. This dynamic process, which unfolds slowly in the natural world, appears explosive in Mennin’s photographs. Milkweed is the sole food source for a monarch caterpillar as it transforms into a monarch butterfly. As with so many aspects of the natural world, the milkweed presence has been diminished by habitat destruction and the spraying of weed killers toxic to the plant. This, in turn, directly affects the monarch population since the milkweed is the only food source for the monarch butterfly. The artist “stalked” the pods as they developed from tight bright green pods, then turned a homely brown color. As Mennin says, “for a few hours the bounty of the milkweed pods was released. I made sure I was in the right place at the right time.”

The glimpse of this magical process, yields images of lyrical elegance and beauty. Mennin aptly provides us with a pure example of metamorphosis and the cycle of life.