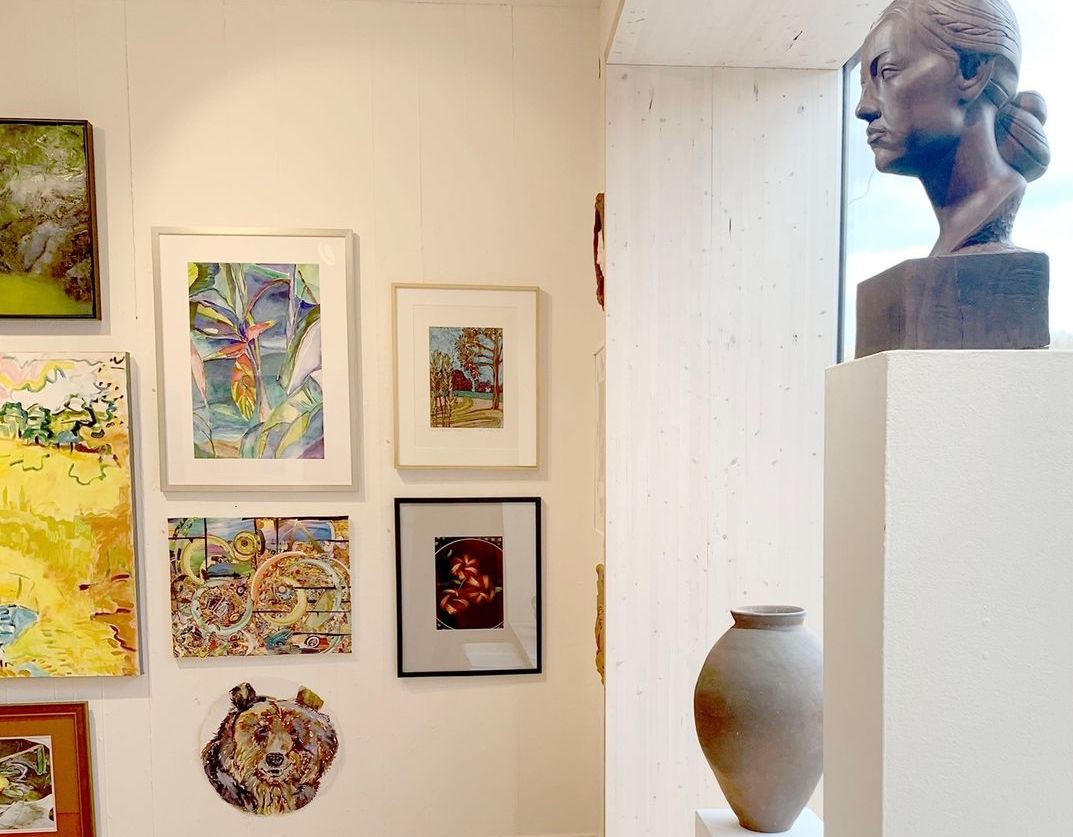 Since first opening its doors in 1952, the Washington Art Association has been a treasured gem in our community.

WAA has enriched the Washington community through extraordinary exhibitions, classes, community events, and educational opportunities. The gallery has hosted over 600 exhibitions, including notable artists such as Cleve Gray, Alexander Calder, Louisa Calder, Charles Cajori, Tim Prentice, Tom Zetterstrom, Missy Stevens, Tom Doyle, James Grashow, Robert Andrew Parker, and many others. In addition to showcasing nationally and internationally known artists, the gallery also seeks to feature talented emerging artists and the art made by its gifted members and faculty.

As we come together to celebrate this beloved Washington organization, here are a few interesting facts:

A Brief History: 70 Years In the Making

“The Washington Art Association is an open, welcoming community that includes beginners, highly accomplished artists, and those in-between. What has held it together for seventy years is a shared curiosity about human creativity and a deep respect for the importance of art in our lives.” – Jay Kaplan, President of the Board

Whether you are an experienced artist or a novice, the Washington Art Association offers a range of opportunities for creative exploration. They provide a nurturing place for people of all ages to develop their skills and explore new artistic directions with classes in painting, ceramics, sculpture, drawing, and more.
View all upcoming art classes and workshops

A Look Back at Sculpture Walk 2018

In 2018, the Washington Art Association transformed Washington Depot into an outdoor art gallery! This public art exhibition featured over 40 internationally recognized artists, emergent sculptors, as well as participating local talents. The sculptures were placed in different points throughout the Depot, giving the exhibition cohesiveness and a distinct narrative among Washington’s landscape and natural surroundings.
Take a look back at Sculpture Walk 2018

WAA will mark its 70th anniversary milestone with an exhibition by renowned local sculptor Philip Grausman, a much-esteemed treasure of the community. Join WAA for the opening reception on June 11th from 4pm–6pm. The exhibition will be on display through July 24, 2022.
Learn more

13th Annual Summer Solstice Party: “A Night at the Copa”

WAA is thrilled to announce the return of their Summer Solstice Festival! Join WAA at this festive evening to enjoy live music and dancing and exquisite food and drinks at this long awaited summer festival. Don’t wait to purchase your tickets. We look forward to celebrating together!
Learn more

“We know from the walls of ancient caves that human beings have always been making art. The urge to observe, record, and interpret the world seems to be a basic part of our nature. For seventy years, the Washington Art Association has promoted the arts through instruction, exhibitions, lectures, and other special events. Its longevity is a testament to the vital role it plays in enriching lives and building community.” – Jay Kaplan